George Roldan: Behind the Rites of Spring festival

George politely and magnanimously welcomed us in on this somewhat chilly December night. Under Jill’s advise we had packed our bags to stay-over at his humble abode; a long drive back up to Jersey just wouldn’t work in the thick snow.

I set up the vidcam on the topmost shelf of George’s bookcase as swiftly as I could so as not to interrupt his radio schedule. We were ready for the simulcast of Prog Rock Cafe and Sonicfreakz’s video interview.

George is an old hand in the progressive rock circle. As the president and promoter of ROSfest – Rites of Spring festival held annually in Gettysburg, Pennsylvania, he has made ROSfest one of the premier ProgRock festivals on the North-east region of America; this region being New York, New Jersey, Pennsylvania, Washington DC, Delaware.

Pendragon makes a reappearance in 2010 along with Renaissance (UK) and Magic Pie (Sweden).

ROSfest specialises in NeoProg; which is symphonic rock with a more commercial format identifiable by its more melodious content as opposed to its complex classical cousin who spots an improvisatory nature. The splinter categories under progressive music is a growing list but could generally be said to encompass styles classical, folk/ethnic (Raga, Celtic), electronic, fusion, experimental, art, jazz, metal and of course rock. Philosophical, mystical and ‘mind-bending’ sonic undertones have also influenced the mind’s eye of various prog artists, giving birth to names of styles befitting the vision.

According to Progarchives.com, NeoProg, a subgenre of ProgRock, might have begun “with Marillion’s Script for a Jester’s Tear in 1983. Others contend it began with Twelfth Night at the dawn of the ‘80s … some even suggest” its primary influence was early ‘70s Genesis with frontman Peter Gabriel, pointing specifically to the album A Trick of the Tail as the initiator. (Watch Los Endos, a track from A Trick of the Tail performed at the 1976 concert and the 2007 concert.)

ProgRock, which I have touched on briefly in my recent articles, is the mother of all prog music. Bands King Crimson, Jethro Tull, Genesis, Kansas, Pink Floyd, Yes, Rush, and ELP are generally considered to be vanguards of the movement.

Those who chanted the progmusic mantra wanted to break free from the structure of the ‘pop-rock song’ and promote a more artistic and technically challenging arena. In many ways, the title ‘progmusic’ has become associated with fast lines, clusters of sounds, odd time signatures, and epic length pieces that often seem to go on forever, eventually losing any semblance of shape and form; that is, at least to the untrained ear. For the progmusic novice, the teething period is gradual and often painful but rewarding at the end of the training.

Progressive music took place during a period of glorious creativity and technological feats. Instruments uncommon to the standard rock band (read my Moogmusic article and check out this short list) and elements from ‘ethnic’ music were brought into the musical fold for that extra spice. Even the humble orchestral flute was made worthy of playing progrock lead lines thanks to Jethro Tull frontman, Ian Anderson (video Thick as a Brick.) Other note-worthy prog flautists were Ian MacDonald of King Crimson and Andrew Latimer of Camel. 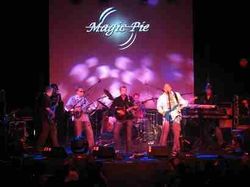 Hardcore fans know that NeoProg relies heavily on keyboard and synth work. I am from this group of players so this fact appeals to me to no end.

It is at this juncture that I feel compelled to list some of the great players of ProgRock/NeoProg. This list, with links to youtube videos showing only a smidgeon of each player’s greatness, is by no means exhaustive : Mark Kelly of Marillion, Mark Orford of IQ & Jadis, Clive Nolan of Pendragon, Eddie Jobson with Jethro Tull during their more electronic rock period, Jordan Rudess of Dream Theater, Rick Wakeman of YES (somehow I managed to possess a copy of ‘The RW Chronicles’ — a video montage of his 1974 performance in Melbourne Australia), Tony Banks of Genesis, and Keith Emerson of ELP with one of my all time favourites; Brubeck’s Blue Rondo a la Turk.

Due to a lack of time and space, I’ve had to leave a few bands off this list. However it is interesting to note the inter-band relationships; many artists played in different groups simultaneously and/or left one and formed another with members from other bands at various times in their career. Cross-pollination is ‘progressing’ at work and a trend that still continues today.

All this talk about progmusic has made me reminisce about the time of my introduction to it. Thanks to friends who were just about living and breathing this music, my taste buds, cultivated by my teachers to only respond to classical and electronic music, were given a refreshing stroll on the other side of experimental; to bands such as Genesis, Mothers of Invention, YES, ELP, Tomita, Pink Floyd, Utopia, ELO, Mike Oldfield, Vangelis, Jethro Tull … Often absent on the progmusic list is the inimitable Kate Bush. In her Hounds of Love album (1985) her beguiling voice pulled me into a world of rich textures, torrid rhythms, ruminative lyrics, the Fairlight CMI, Linn drums, balalaika, didjeridu, fujara and uilleann pipes. I am a sucker for obscure instruments, great harmonies and ethnic languages so I was in musical heaven! I wanted to be just like her. Even Coldplay admitted to being inspired by Bush’s “Running up that Hill” when writing “Speed of Sound”.

As ProgRock slowly lost the drag race to Punk Rock in the late ’70s, its bands struggled to keep their footing. YES managed to hold on with Owner of a Lonely Heart a pop song by all standards (this video has both Kaye and Wakeman on keys). Genesis also succumbed to the ‘pop’ularity contest.

To those who assume that progmusic is only for the intellectual, I’d like to unmask its more glamorous side. Meet Glam Rock and its ostentatious twin, Glam Metal. David Bowie in the guise of Ziggy Stardust could be considered the epitome of this subgenre. Glam Metal aka hair metal, a term popularised by MTV in the late ‘70s/early ‘80s and basically Glam Rock suped-up with metal power chords, has endeared itself to the youth in Europe. Germany’s Tokio Hotel; their band members are in their early twenties, straddles Glam and Emo in androgyny, and the girls simply can’t stop screaming for more.

There is much fodder in Glam Rock for another story, so I shall leave you with this reminder;

ROSfest 2010 will be held this Friday 30th April to Sunday 2nd May. Tickets are available at the Majestic Theater in Gettysburg PA. Be there!

1) ‘Rite of Spring’ aka Le sacre du printemps is a ballet with music by Russian composer Igor Stravinsky. ‘Rites of Spring’ was an American post-hardcore band in the mid ’80s.

Photos & videos (c) 2010 Shueh-li Ong (unless specified, all articles written by Shueh-li Ong bear the photography, videography and digital work of its author.